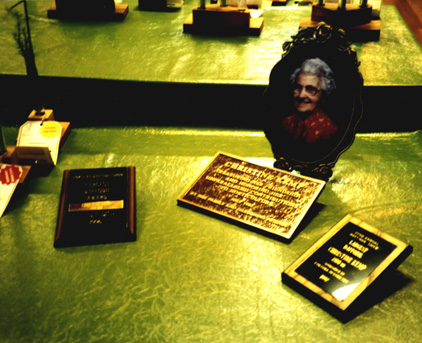 The Fortuna Garden Club dedicated this show to the memory of Christine Kemp. 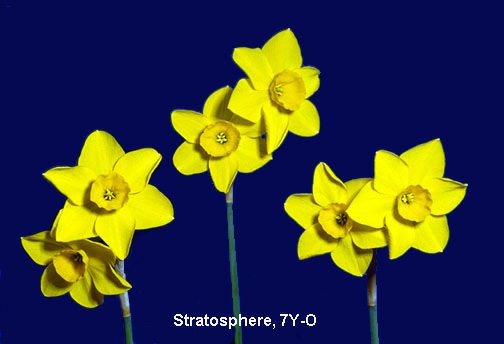 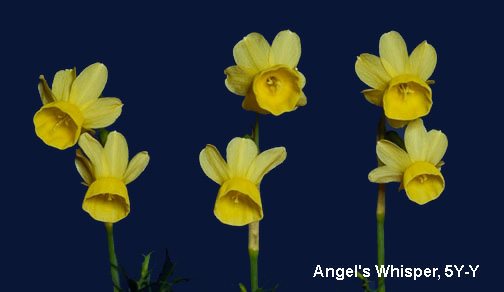 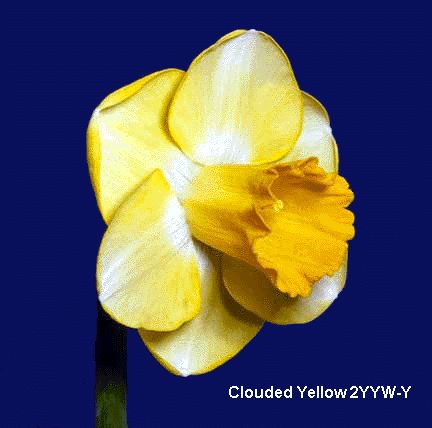 Below are the results of 1998 Livermore Show held on March 14th & 15th hosted by Alden Lane Nursery. 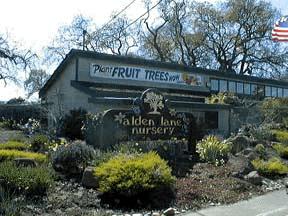 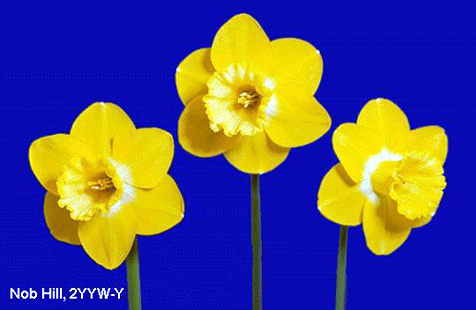 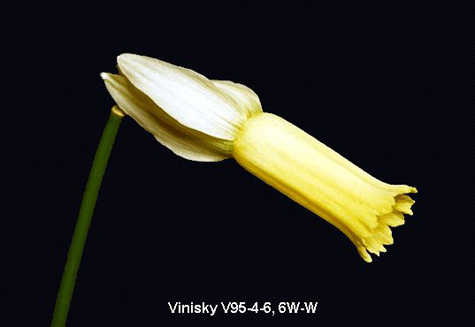 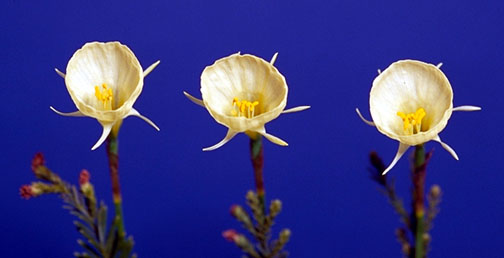 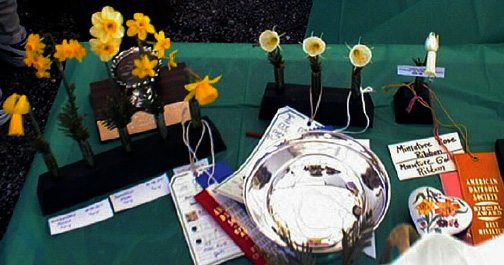 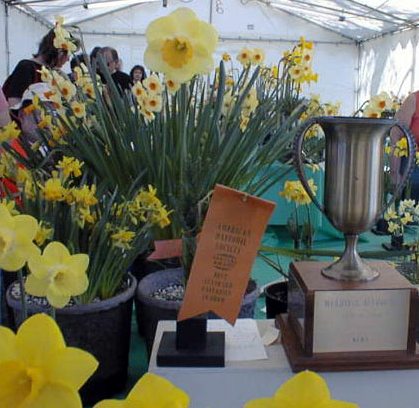 SILVER RIBBON (for most blue ribbons) – Kirby Fong with 21 blues 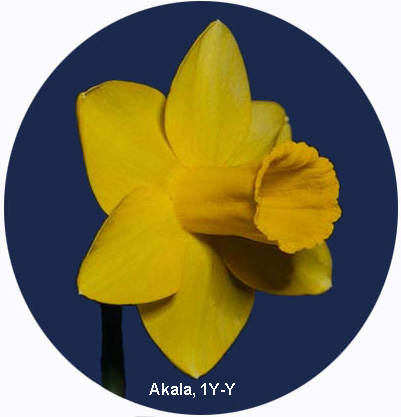 Below are the results of 1998 Sutter Creek Show held March 7th and hosted by Gallery 10.  Count: nearly 600 blooms, number of exhibitors: 11 persons. 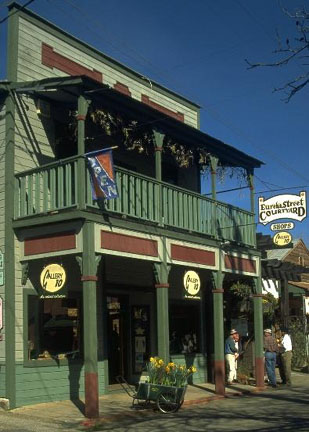 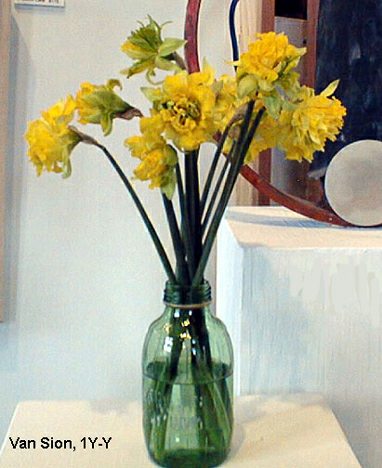 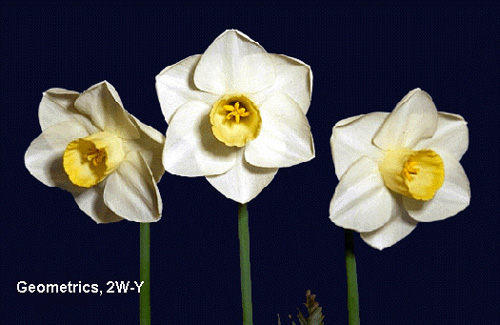 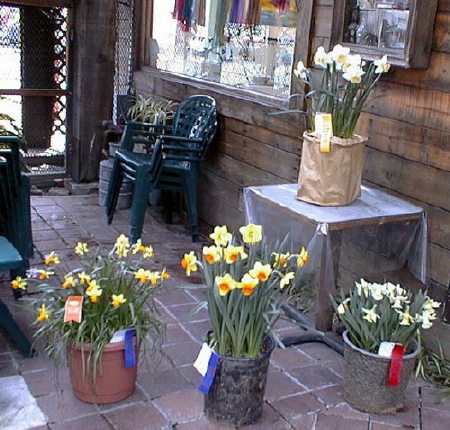 Some of the Container Competition 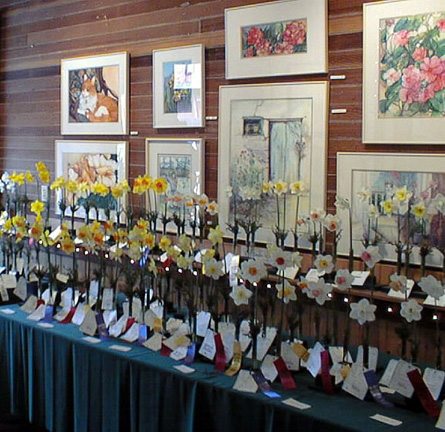 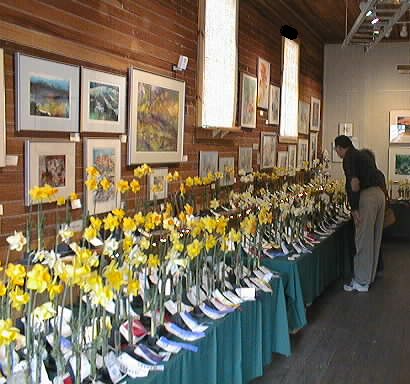 Comments about this show from Bob Spotts, Show Chairman

The most remarkable aspects of the Sutter Creek Show:

1) The incredible pots of daffodils exhibited by Rich Hunt of Plymouth CA.  Rich is a retired nurseryman and truly has a green thumb. He grows the daffodils to use as displays for the entrance of the show. He’s not interested in ribbons, just in making the show attractive. At the show entrance in a lawn cart he placed eight pots stuffed with the most magnificent ‘Falstaff’ I’ve ever seen. (He once bought a couple of bulbs of it from Mitsch in the ’70s.) By the side entrance from the patio there was a great floriferous pot stuffed with ‘Jetfire’. Another of a good DuBose seedling 2W-YYP, E92-3. And another several pots of one of Sid’s tazettas seedlings 8Y-O, C34-ll. These are all 16″ pots or more! The fully open, fresh blooms all face outwards and the foliage is dark green and healthy.  What a touch Rich has! Of course, we made sure this year that there were entry tags on them and Rich deservedly took home “Best Standard Pot.”

2) The quality of the blooms – fully up to Oregon standards! Of course, we have had Oregon weather so why not Oregon quality?

3) The quantity and quality of seedlings. Certainly over 125 seedlings by raisers! Made the selection of the Rose Ribbon the most difficult task in the judging!

4) The charm of the tiny facility. It measures some 18′ x 27′. Single-stem blooms and collections were on six 3′ x 8′ tables. The vases of three were on a narrow ledge above. The pots were outside at the two entrances. The room is an art gallery and was open during the one-day show! I might add that the room was usually packed and that some art sales were made.

5) The pots of scarce species shown by Kirby Fong. He grew several from seed obtained from Michael Salmon. His timing was perfect.

6) The tireless work of our “Mother Lode” member, Rich Hunt. Setup leader, daffodils-in-pot expert, local enthusiast rallying support from town merchants, and during the show the hander-out of cut daffodils to all who visited – filling the little town with people walking and clasping daffodils – and thus bringing others to the show!

7) Forty-dozen daffodils cut and provided by Sid DuBose to be given to show visitors.

8) The unsung support in transporting equipment by the ever-youthful Wayne Steele.

9) The hospitality of the Gallery 10 who share their space for an hectic day.

10) The great food and wine at Sue’s Place in the patio next door.

11) The exhibitors who drive many (as many as seven) hours for this one-day show!