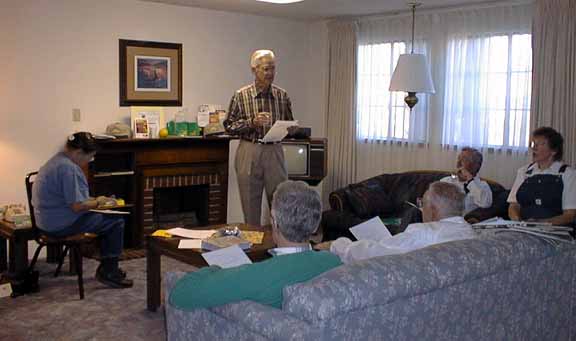 The Pacific Region of the American Daffodil Society held its first ever meeting last weekend thanks to the efforts of regional Vice President Gene Cameron and his wife Nancy.  Because ADS Pacific Region members are scattered over a vast area, it had previously been thought that a regional membership meeting was impractical.  We met at a motel in Ashland, Oregon. 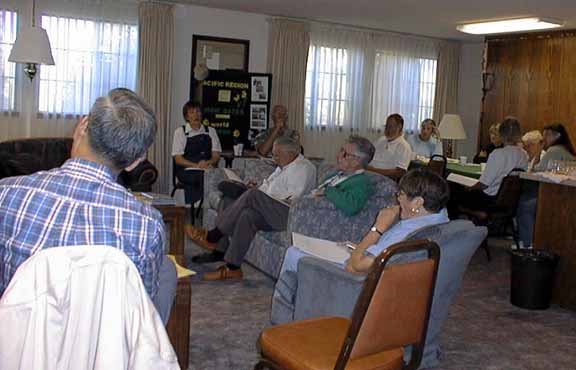 Pacific Regional members living a six or seven hour drive away arrived Friday night and left Sunday.  I do not have the attendance sheet, but I believe there were about twenty ADS members. 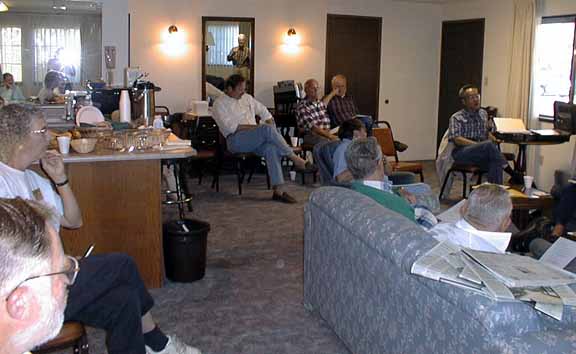 This may seem like a small number for a Regional Meeting, but you have to remember that none of us live in or near Ashland, Oregon; everyone had to travel at least a couple hours to get there. 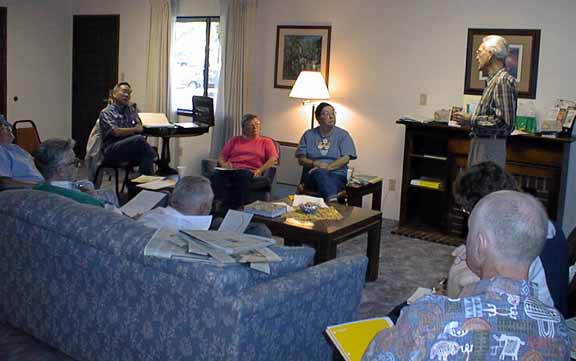 Our first session Saturday morning was led by Regional Vice President Gene Cameron and was a group discussion of various topics such a judging, next year’s shows, how ADS operates, the pre-convention tours, and other assorted topics. 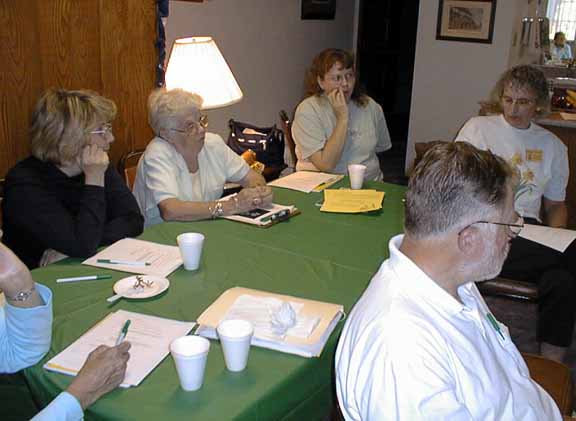 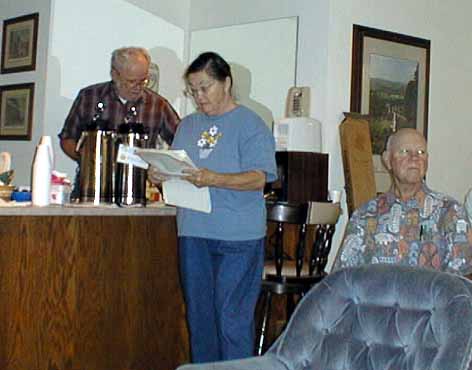 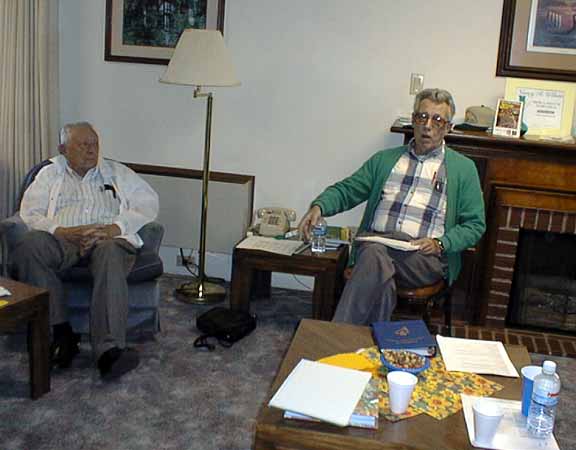 The first afternoon session was split between Stan Baird and Wayne Steele. Stan gave a list of suggestions for speeding up the judging process at shows. Wayne described how he now grows show daffodils on a continuing basis in pots since the soil in his yard has intractable problems. In the second afternoon session I(Kirby Fong) showed slides of the winning exhibits from the 1999 shows in Livermore, Murphys, Fortuna, Eugene, Columbus, Chillicothe, and Pittsburgh.  This took about a half hour, leaving time to show the ADS slide program on the 1996 tour to Australia and New Zealand. Since Stan Baird and I were on that tour, we could offer personal commentary to supplement the script. I also had the ADS slide program of Tom Stettner’s visit to England and Northern Ireland for people to view individually on a special projector with a built in screen. 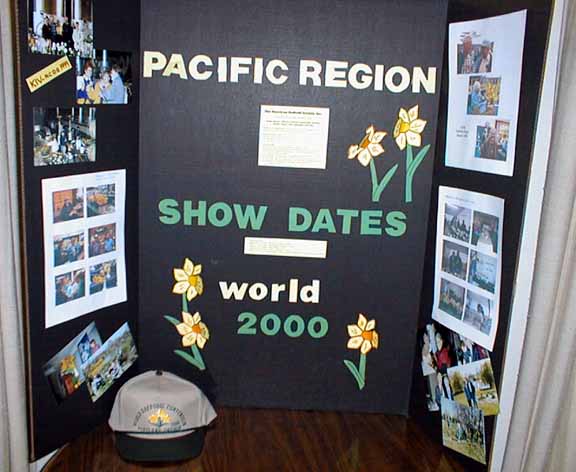 Our meeting ended at 3:15 so that people had a chance to rest before regrouping at 4:45 to go to dinner. Ashland is the home of the Oregon Shakespeare Festival, and we needed to eat early to allow ample time to get to an 8 p.m. performance of Much Ado About Nothing. This was in the Elizabethan, an open air theater, and fortunately for us it did not rain. 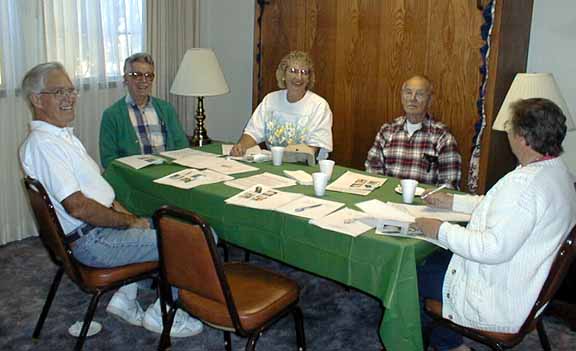 On Sunday morning, Stan Baird gave an introduction/refresher course for judging.  The color photos along with the detailed descriptions were very helpful.   We all feel better prepared to judge and student judge in the upcoming year. 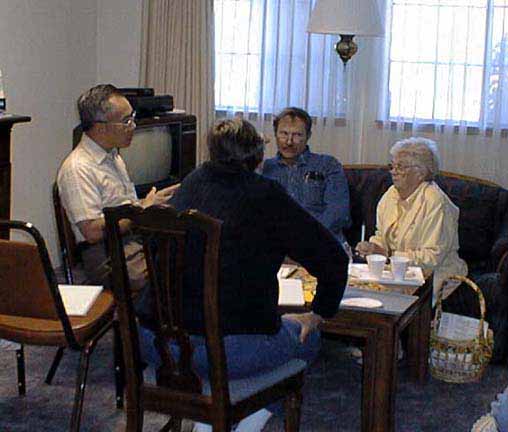 Overall, I think this was a successfull regional meeting.  It was not like some of the other U.S. regional meetings were  people can drive there and back in the same day. It was more like a mini-vacation with the attendant lodging and restaurant costs.  Still, I think most other attendees are as willing as I to do it again next year.